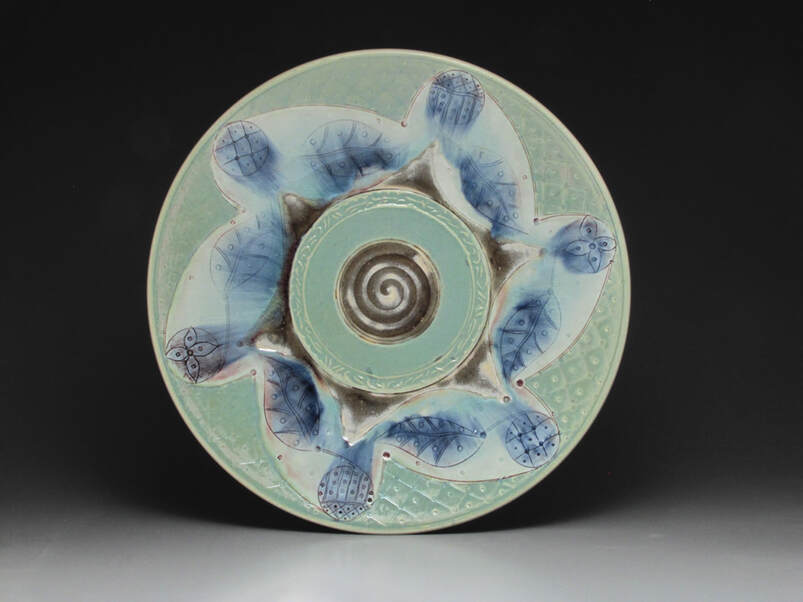 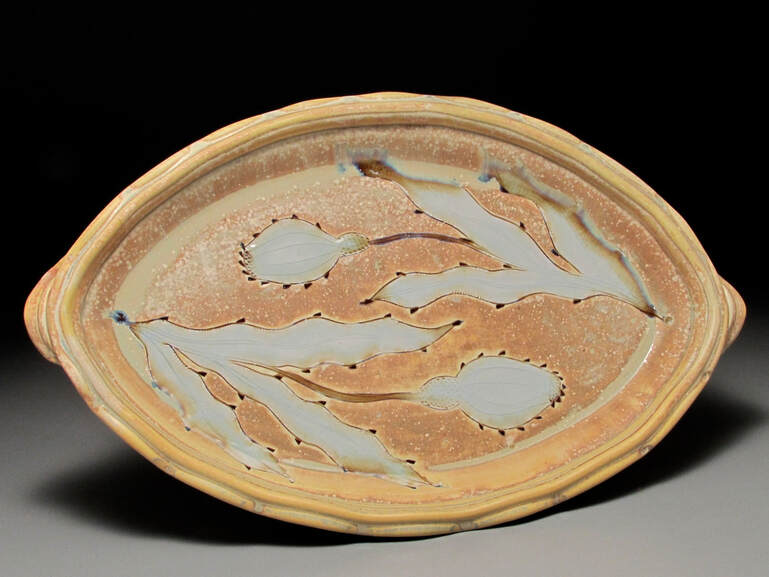 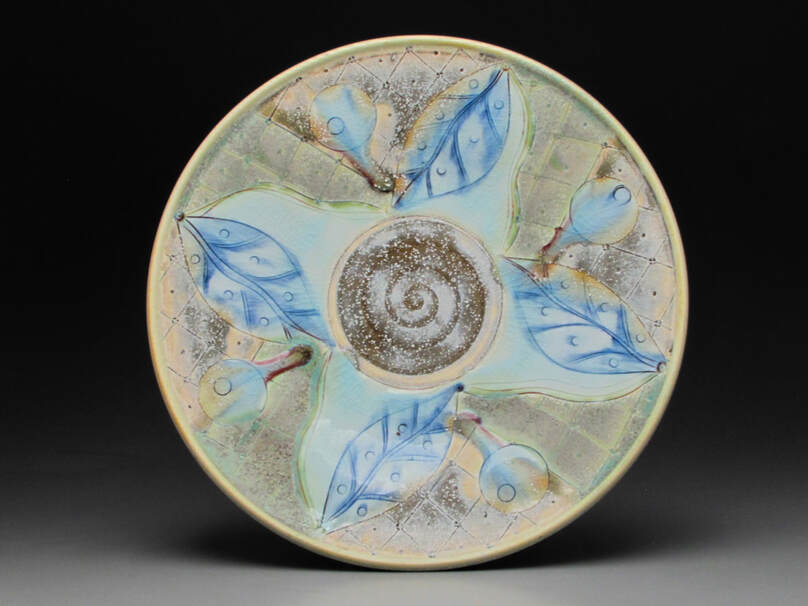 My first introduction to clay on any formal level came at the University of Kansas where I took an elective hand building class and was intrigued by how much information a person needed to know to work independently even in such a setting as a hot, boring, third floor ceramics studio. I don't think I would have continued in ceramics except for a chance meeting at a different college six
months later when I saw a young man dipping clay slurry out of a large bucket onto a plaster batt to dry. I knew what he was doing from my experience with my first class and went around a short wall to have a chat with him. He smiled and asked me if I wanted to look around and later after we had met the professor I decided to transfer into the ceramics program. That was the beginning and I
never wavered in my determination to become a potter. By the way, Alex Marino is still one of my dearest friends 50 years later.

After another year, I transferred to the Kansas City Art Institute where I studied with Ken Ferguson and Victor Babu and then I got my masters degree at the Rhode Island School of Design where I worked with Norm Schulman and Wayne Higby and Jun Kaneko. I
feel so fortunate to have had such wonderful and sensitive and inspiring teachers.

One of those talented students at Kansas City was Donna Polseno, who later agreed to marry me and after our graduate school days in Rhode Island moved with me to Floyd, Virginia. We have lived there since 1974 and made our work and made a living making ceramics ever since. We were original members of a group of potters (16Hands) who hold two sales a year. I taught for a semester at RIT in 1983, was a resident at the Archie Bray Foundation in 1984, and taught at Kent State in 1984-1985. Donna and I have been visiting artist in Jingdezhen, China and in Izmir, Turkey. We taught ceramics at Hollins Universityfrom 2004-2020 and travel widely throughout the world looking at and thinking about pots. In the summers we often teach ceramics at La Meridiana in Certaldo, Italy and spend as much time as possible at our small home near the coast of Liguria in the north of Italy.